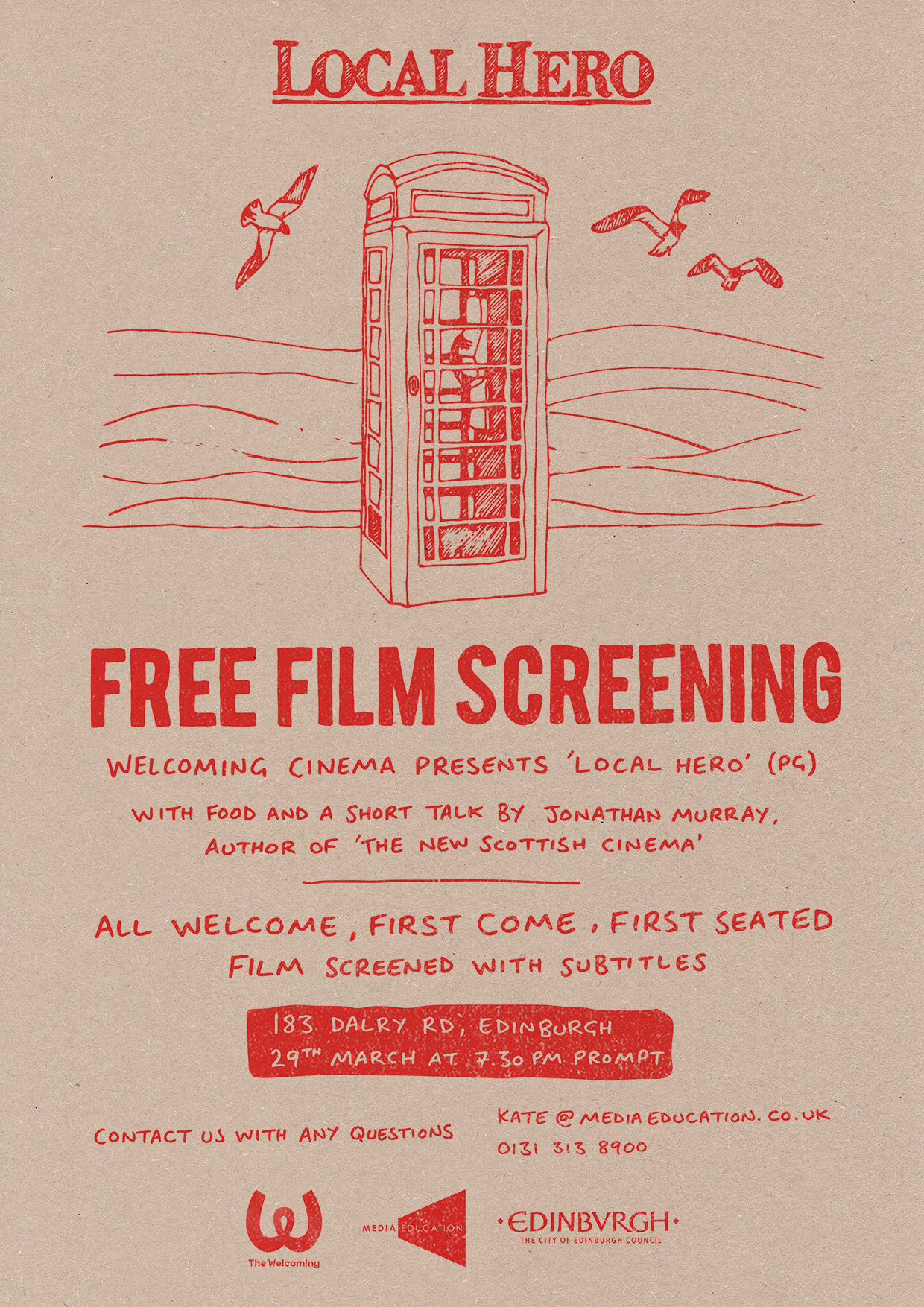 Welcoming Cinema took place in 2019 and developed out of our prior work with the Welcoming, an organisation in South West Edinburgh that supports newcomers to Edinburgh through social and cultural exchange. It followed our first community cinema project in 2016, which was held as part of Take One Action Locals.

The community cinema project was created to allow locals and newcomers to socialise, to promote participation in events outside of the Welcoming centre, and to encourage newcomers to learn about Scottish culture through a showcase of local film.

The project was a joint venture between Media Education, Dalry 183 Creative & Cultural Hub and the Welcoming, funded by the South West Neighbourhood Planning Partnership.

Each screening was programmed by Media Education and fully catered by the Welcoming. The events featured a group discussion about the film, followed by an informal social, and a number of evenings were attended by a guest speaker, including directors and screenwriters of the showcased films.

We aimed to create a flexible and involved process, incorporating attendee feedback and responding to requests as we programmed the cinema from month to month.

The cinema was hugely popular and full to capacity every time. Locals and those new to the city enjoyed food and culture together in a relaxed and friendly atmosphere, and many told us how much they valued the events.