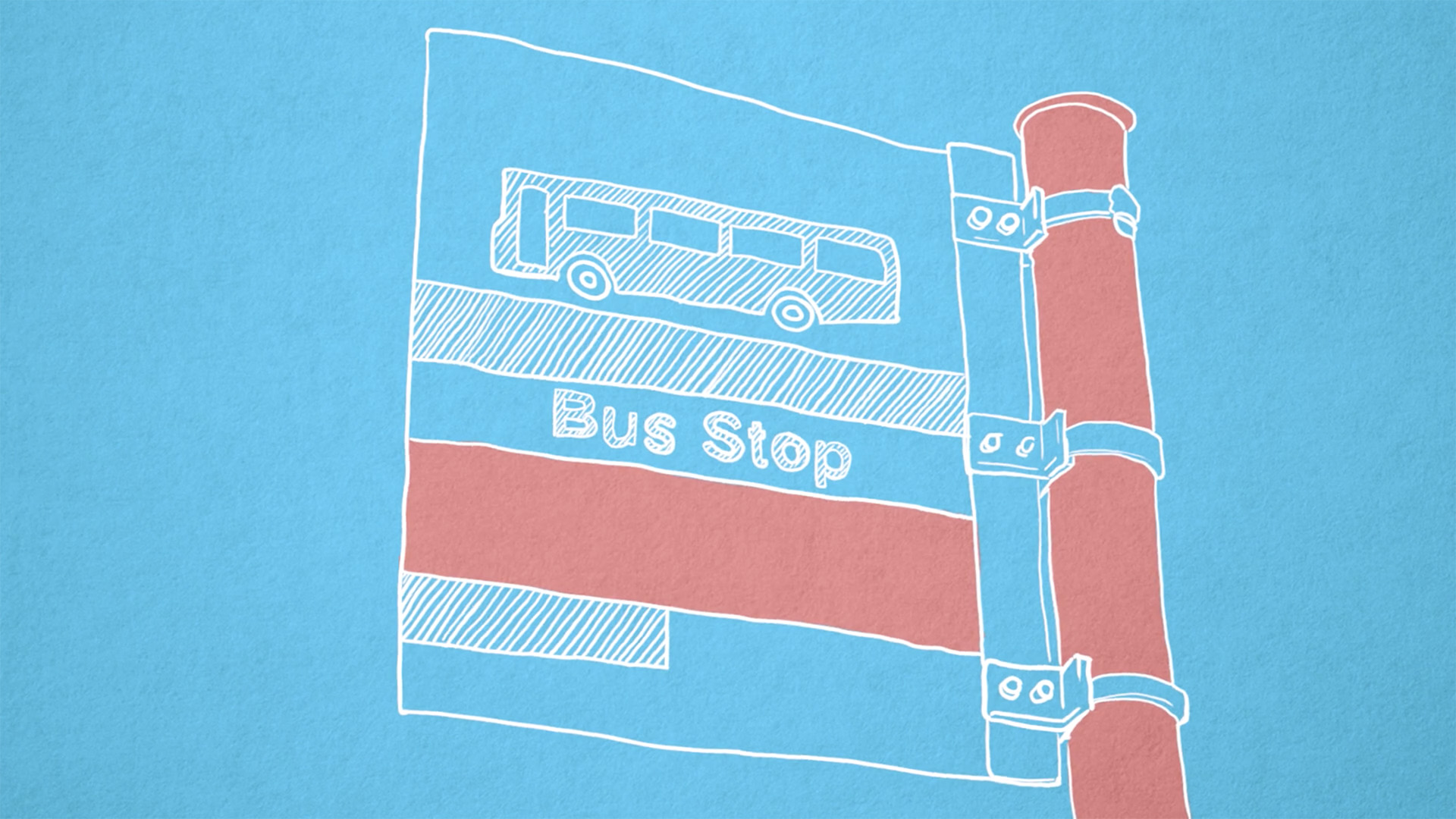 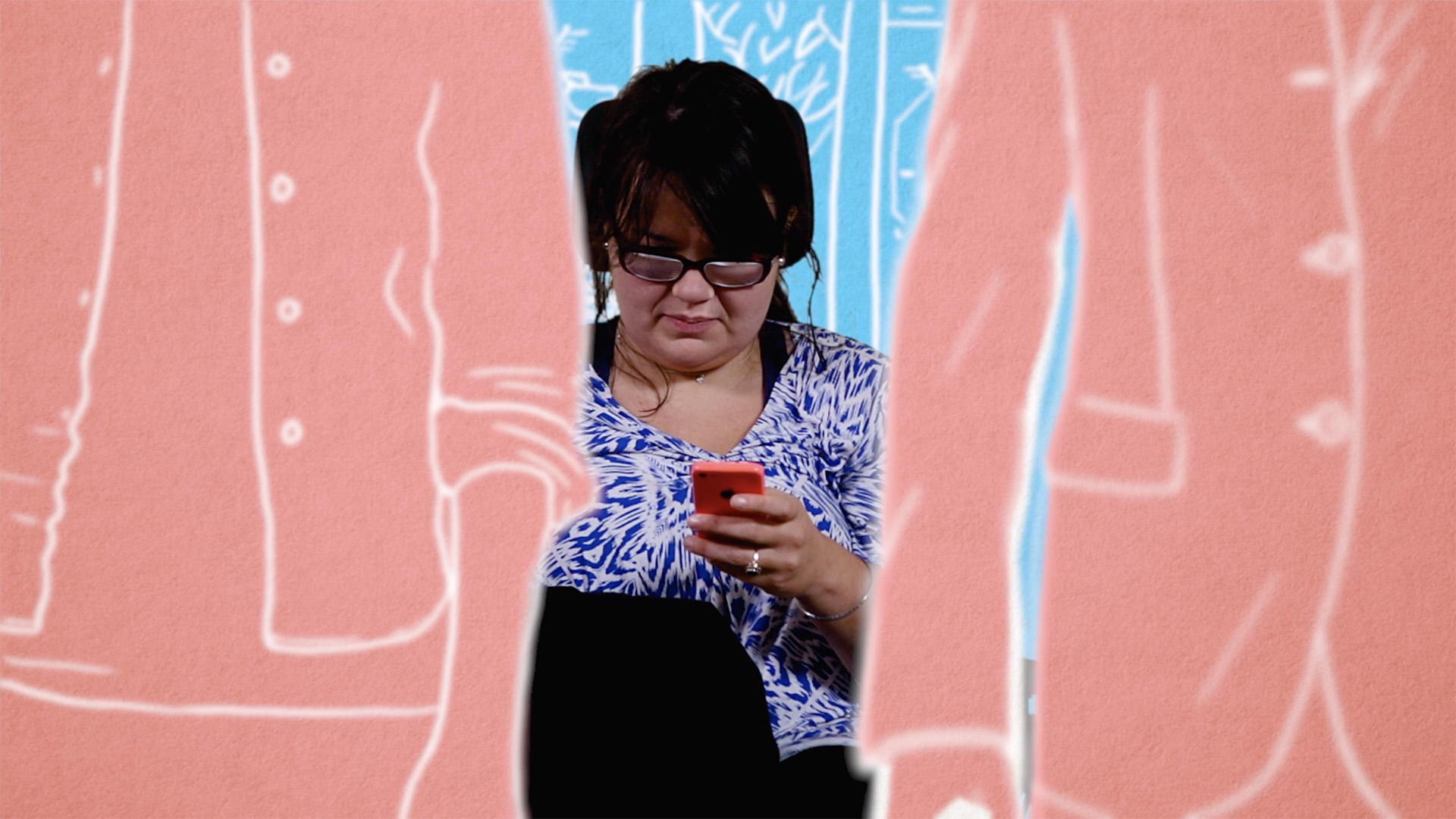 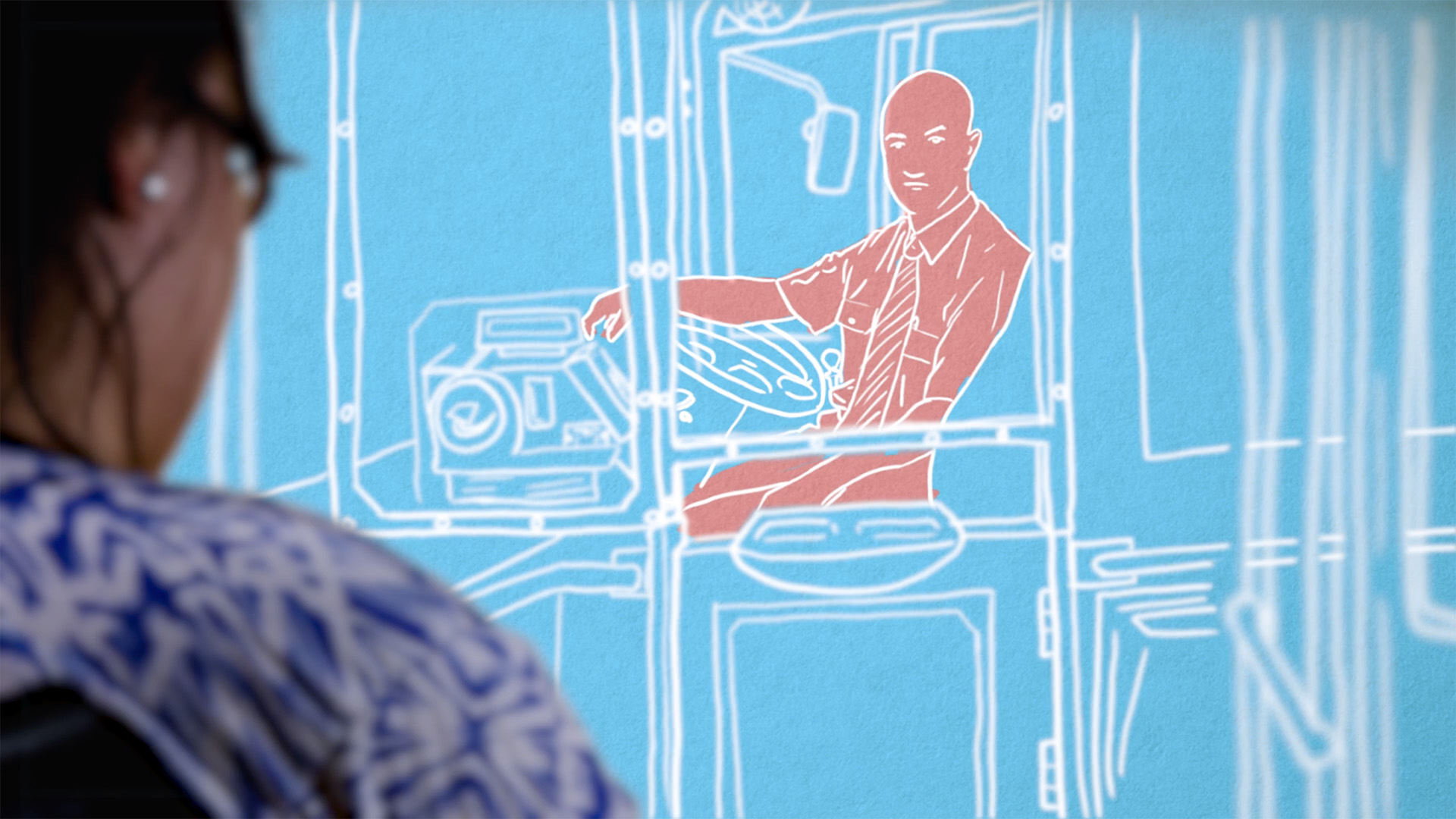 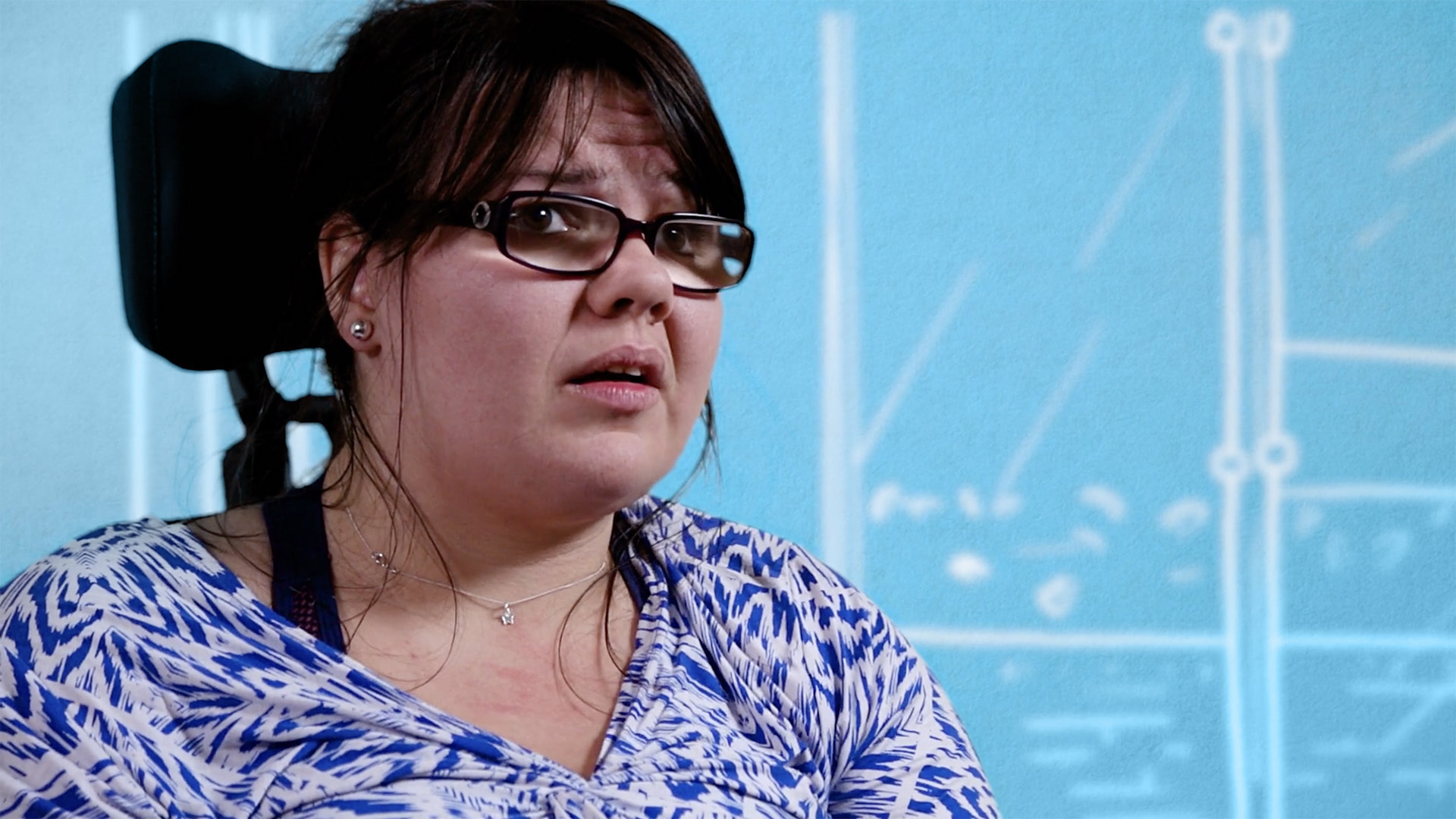 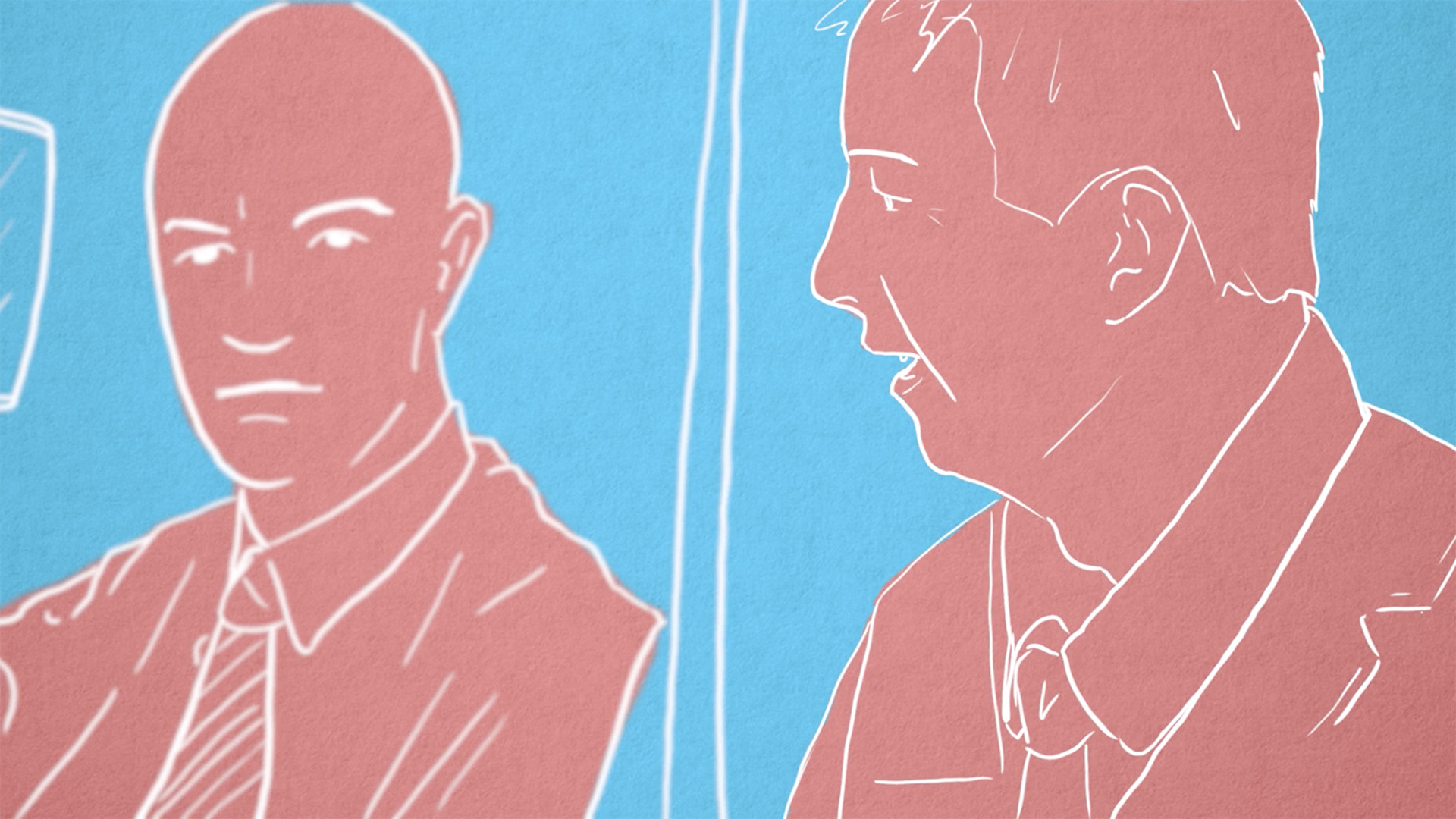 Karen Sutherland, a disability rights activist who has a long history of working with Media Education, approached us about producing an animated awareness film based on her experience of discrimination on public transport.

Karen developed a script in collaboration with Edinburgh disabled adults organisation, get2gether and a student writer from Napier University. She then approached us to ask if we could support her in making the film.

We worked closely with Karen to turn her script into a short film using a combination of live-action filming and hand-drawn animation techniques. We filmed with Karen against a green screen in our office studio and created an animated world around her, and worked with local actors to voice the other characters in the film.

Karen’s film was widely shared on social media platforms and was played in front of films all weekend at the Cameo and Filmhouse cinemas in Edinburgh as part of Disabled Access Day 2017. Karen was awarded an achievement award from the Scottish Accessible Transport Alliance (SATA), and Lothian Buses committed to using the film to train their drivers.

Karen has continued to work with us since creating her film and now works with us as a production trainee through Creative Scotland’s Create Inclusion Award.